Stacks and Files and Piles of Poems! 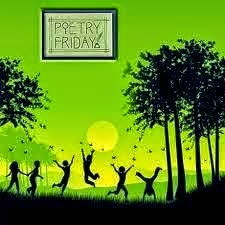 Head over to Carol's Corner
for today's round-up of poetic goodness!
Thanks, Carol, for hosting this week.

How do you organize your poems?  I've resorted to saving electronic copies, but nothing is as satisfying as paging through stacks of xeroxed poems I've kept over the years.  I've actually made dividers for the kid poetry that I'm keeping.  I've been able to relegate duplicate poems to the "poems to share file" for next year's book club.  Here are the dividers in my notebook:


My notebook is so full that it can scarcely hold another page.  While sorting through my files and piles of poetry pages, I found the poem "Fire" by Amy Ludwig VanDerwater in an old Book Links magazine (April 2012).  I'm hesitant to get rid of these magazines, even though my daughter assures me that it's all online.  But how can you find something online that you didn't know was there?  This previously unpublished poem was spotlighted in Book Links with a note from Sylvia M. Vardell inviting folks to check out Amy's blog, The Poem Farm. This poem did not end up in the recycling bin and now has a place of honor on the front of my poetry notebook. 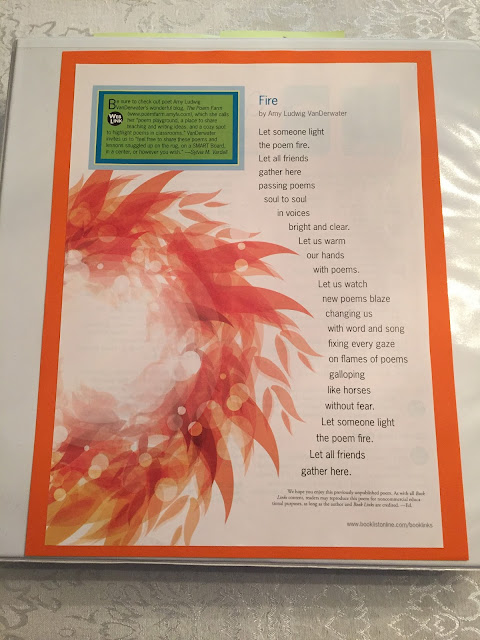 I think I want to memorize it.  It's so appropriate for our Poetry Friday gatherings!
Posted by Ramona at 7:07 PM