I'm using my slice of life writing to recap my trip to Italy in February. Our trip was go-go-go and I neglected to write about it as it happened. This is my attempt to collect my thoughts and pictures in one place.


On Valentine's Day, it was time to say goodbye to Sorrento. We had an early departure since we were adding Pompeii to an already busy day. (We missed our scheduled stop there on Day 4.) 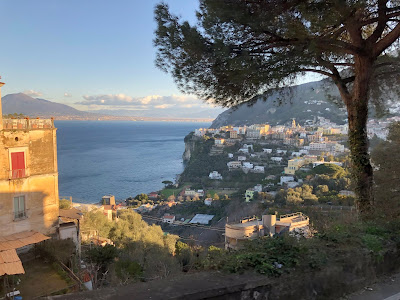 We arrived at Pompeii before the gates opened. Our early arrival meant that we were able to wander the ruins with very few additional tourists. The eruption of Mt. Vesuvius occurred on August 24 and 25, AD 79. In some places 20 feet of volcanic material was deposited over the town. The excavation of the city began in 1748. But it wasn't until1863 that the Italian archeologist, Giuseppe Fiorelli, realized that the hollows in the compacted ash had been created by decayed corpses. He filled the hollows with liquid plaster, and the resulting casts portray the citizens of Pompeii at the moment of their death. 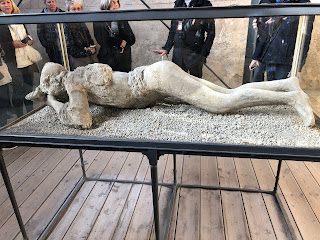 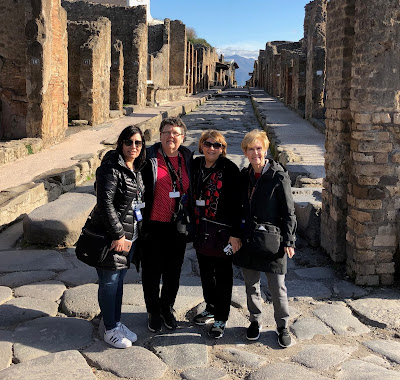 Amazing to think that these streets were built more than 20 centuries ago! Most intersections have crosswalks of raised stepping stones which allowed pedestrians to cross without getting their sandals wet. Three stepping stones signified a major thoroughfare. 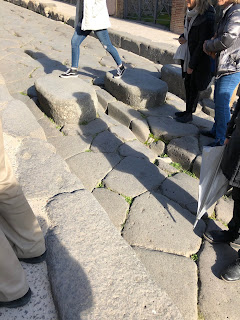 You can see the ruts from the chariots which straddled the stones
(all had standard-size axles). 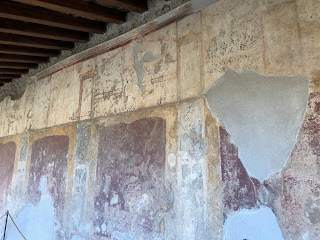 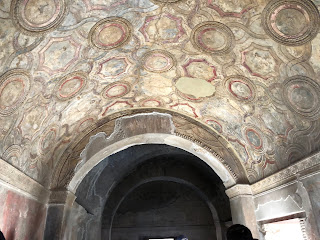 Pics from inside the public baths 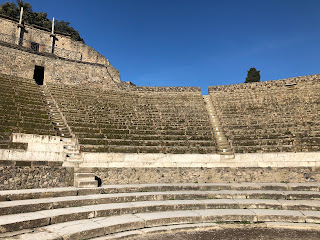 I think this is the large theater that could seat 5,000 people. 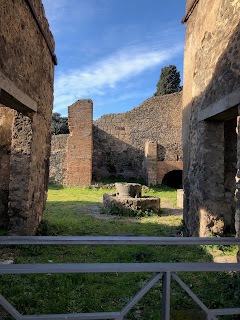 You can see the well in the center and the
brick oven in the back yard on the right.
Our next stop, several hours down the road, was the town of Orvieto, sitting majestically 1000' above the valley floor
on a chunk of tufa or volcanic stone. 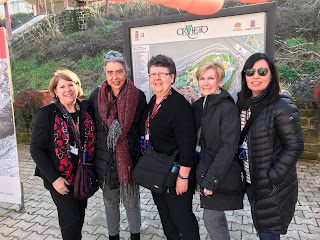 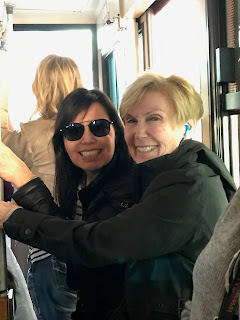 We took the funicular to the medieval upper town. 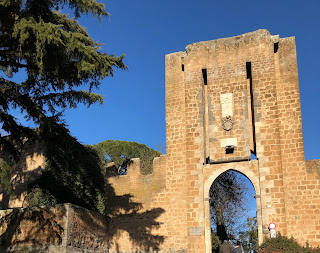 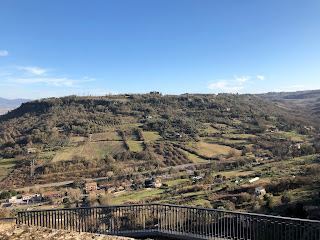 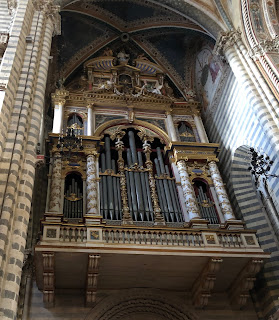 As we rode the funicular, our guide pointed out the cathedral organist who was in our car. We were lucky to hear him play the organ for us as we entered the cathedral and I captured that music on my phone. 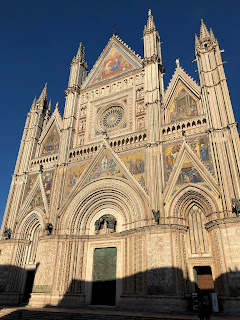 Orvieto's Cathedral or Duomo, a mix of Romanesque & Gothic styles, was constructed in 1290 in order to provide a home for an interesting relic - the Corporal of Bolsena. 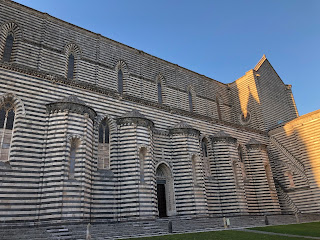 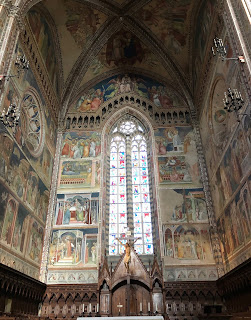 Luca Signorelli's brilliantly lit frescoes tell stories through the use of human actions and gestures and inspired his younger contemporary, Michelangelo, who studied Signorelli's work. 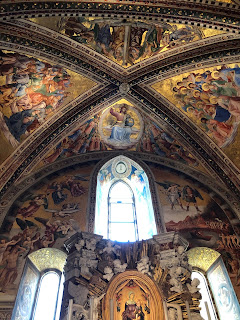 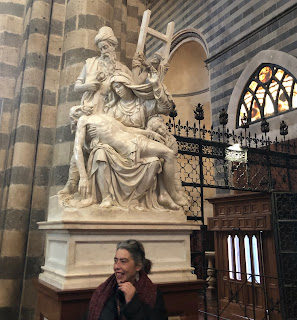 Ippolito Scalza was an Orvieto native who carved the Pieta from a single block of marble, 1570-1579. He also designed
the pipe organ in the cathedral. 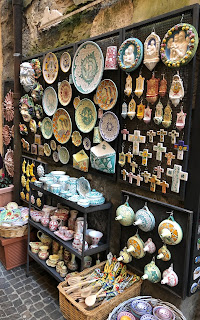 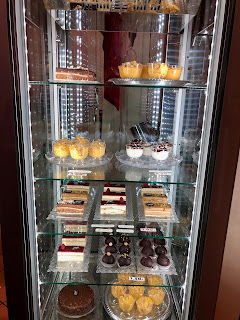 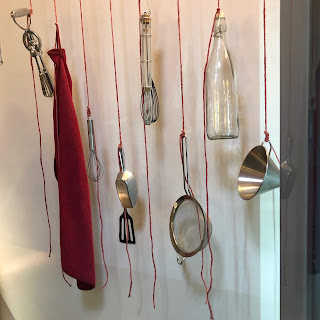 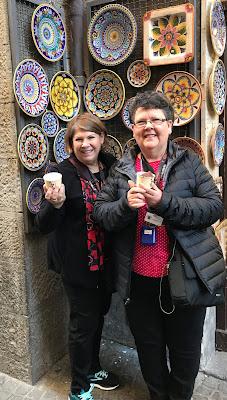 We enjoyed browsing the streets with stops in shops, bakeries,

and of course our requisite gelato treat.
After leaving Orvieto, we had a two hour drive to Florence and Hotel Mediterraneo, our base for the next three nights.
Posted by Ramona at 6:15 PM