Blake and Stefi arrived after a fourteen hour drive with a four month old and a four year old. We finally met new granddaughter Ruthie and hugged grandson Teddy. Teddy was happy to be out of the car and have some time to play. Grandma and Grandpa got acquainted with Ruthie girl. Four glorious days stretched ahead of us. 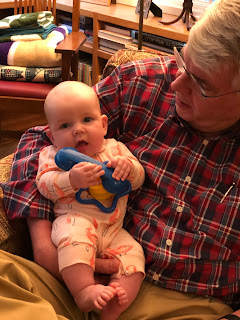 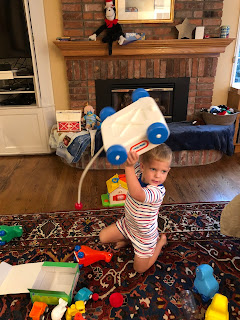 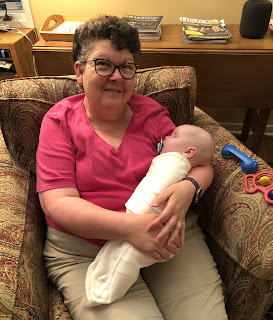 Sunday was Day One. It was a planned recovery day. It was a delayed until 2 pm cousin-get-together.  It was laughter, and three loud, lovable boys, and one precious baby girl, and home church, and baked spaghetti, and homemade ice cream, all cranked together in one joyous four hour stretch. 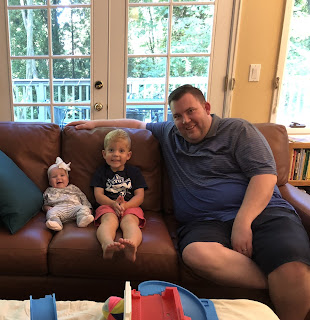 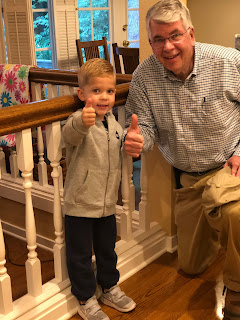 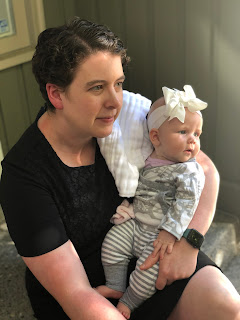 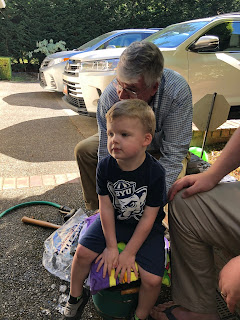 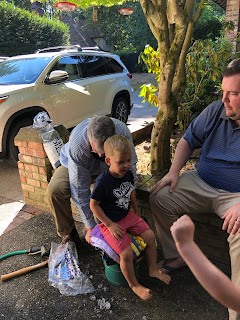 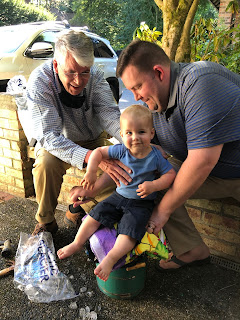 Monday was Day Two. The day began with a big breakfast, a beloved Scifres family tradition whenever family gathers together! Scrambled eggs, bacon and sausage, and my mama's buttermilk biscuits. And the beverage of choice? A Behnke family tradition - Twin Creamery Chocolate Milk from Lynden, WA! Then it was off to the school playground for three boys and three dads with assorted balls and helmets and wheeled vehicles. Before you could say Jack Robinson (one of my daddy's sayings), it was time for elevenses - chocolate and cinnamon roll! The best way to describe this delicious, delectable, Duff family tradition? It's a flaky pie crust base topped with a mixture of sugar, cocoa (or cinnamon), and canned milk, And then you dot the mixture with butter before folding toward the center, tucking in the ends, and baking until the delicious aroma fills the home and calls everyone back to the kitchen. Afternoon found Teddy heading to cousin Jack's for a play date while his mom and dad visited U Village. Once the kids were in bed, we finished watching The One and Only Ivan which we had started on Sunday night. 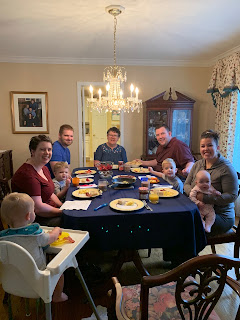 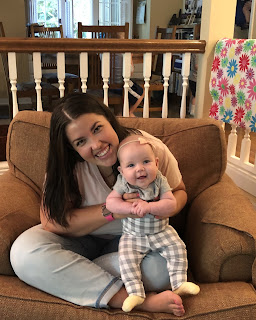 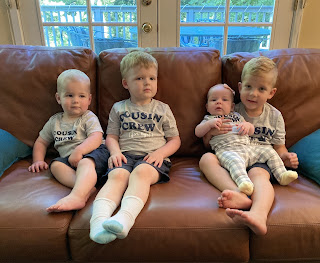 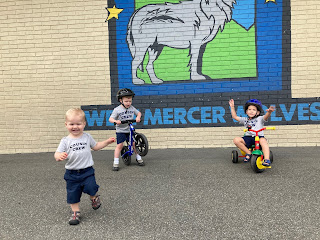 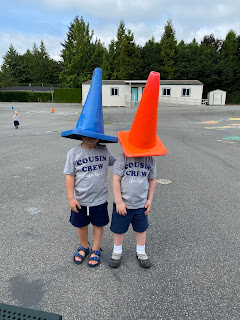 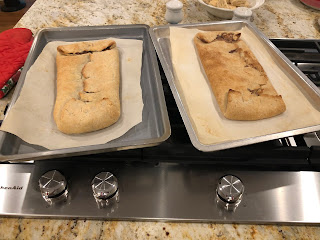 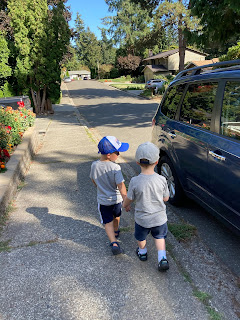 Tuesday was Day Three. Our morning plan for a leisurely walk in Bellevue Botanical Gardens was cancelled due to dangerous air quality from the fires in eastern Washington. Sara and Jack came over, art projects in hand, to spend the morning. A morning text and photo from Blake's neighbor revealed that hurricane force winds had toppled a large tree in their front yard and caused power outages. And a call from their contractor indicated they could start the remodel project on Thursday. So suddenly our four glorious days together became three lovely, whirlwind days. Blake and Stefi went into high gear, making a planned stop in North Bend, doing laundry and prepping for their return trip on Wednesday. We cherished every precious moment together! 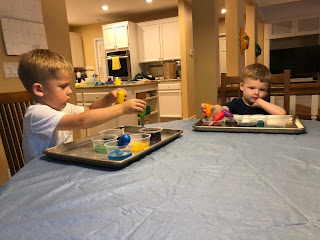 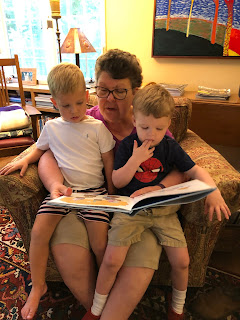 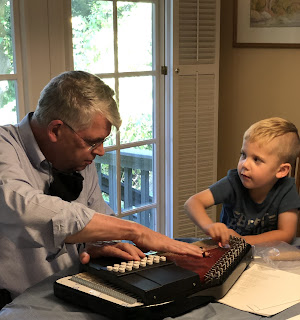 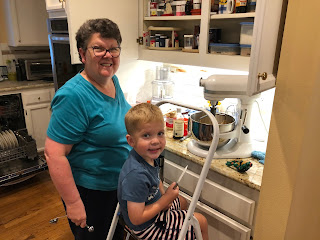 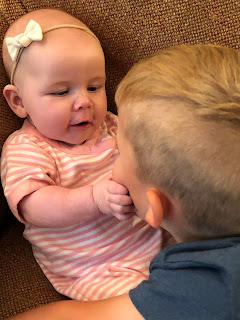 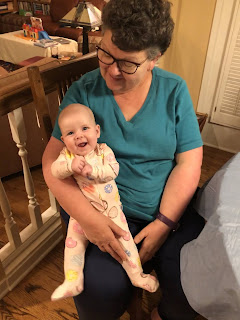 Bright eyed and ready for travel at 5 am on Wednesday morning! 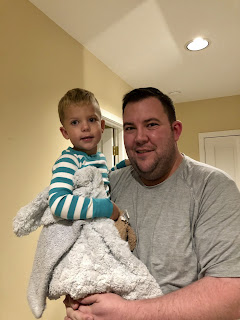