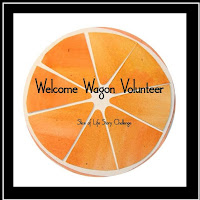 Today I join my fellow bloggers in "serving up a slice"
to the Slice of Life (SOL) community.

Thanks to Stacey, Betsy, Beth, Kathleen, Deb, Lisa, Melanie, and Lanny
for hosting this meeting place each day in March
and for nurturing our writing lives.

Our after school book club, Books, Brownies, and Beyond is participating in the middle grade novel bracket of March Book Madness.  Voting for the Final Four closes at 7 pm EDT today.  So on this 21st day of our March Slice of Life Challenge, I'm sharing 21 things about Jennifer Nielsen's book, A Night Divided (which, as you may have guessed, is the book that I want to advance in the brackets tonight).   I just finished this book last night!  It's one of four titles that I hadn't read in this year's Sweet Sixteen.  I still need to read Sisters and Booked.  I finished El Deafo earlier this month.

A tragic beginning:
1.  "There was no warning the night the wall went up."

A heartbreaking result:
2.  Gerta's Papa and brother, Dominic, are in West Berlin the night the wall goes up.  Gerta, Mama, and oldest brother Fritz are on the other sound of the wall in East Berlin.

Three viewpoints:
3.  "'We will never be able to leave,' Mama said.  'The sooner you both accept that, the happier you will be.'"
4.  "I nodded back at her.  But I knew I could never again be happy here.  And I refused to accept my life inside a prison." - Gerta
5.  "Courage isn't knowing you can do something.  It's only being willing to try."  - Fritz

An important bedtime song:
9.  "The Farmer in March"
10.  Gerta's Papa sings it to her on their last night together before she is separated from him on the night the wall goes up.  It makes an appearance two other times in the book.

Meaningful quotes found at the beginning of each chapter (sharing just a few) :
14.  "Everything that is done in the world is done by hope."
- Martin Luther
15.  "He only earns his freedom and his life who takes them everyday by storm." - Goethe
16.  "In the middle of difficulty, lies opportunity."  - Albert Einstein
17.  "Who shows courage, encourages others." - Adolph Kolping
18.  "Freedom lies in being bold." - Robert Frost
19.   "I learned that courage was not the absence of fear, but the triumph over it." - Nelson Mandela

Greta's surprising realization:
20.  "Even at those times when you want to say good-bye, it's still sad when the moment comes...And no matter where I went in the future, a part of me would always belong to the east."

A personal connection paired with another beginning of chapter quote:
21.  Several years ago I visited the Newseum in Washington DC.  They have a portion of the Berlin Wall as part of the Berlin Wall Gallery, a permanent exhibit.  I remember lingering in this gallery as I tried to imagine what life was like for people at that time.  Jennifer Nielsen's historical fiction novel, A Night Divided, puts us smack in the middle of a family divided by the wall and the difficult decisions they make.  Students who read this book will gain important insight into this tragic time in history and its impact on individual lives.
"Forget not the tyranny of this wall, horrid place, nor the love of freedom that made it fall."  - Written on the Berlin Wall after it came down.
Posted by Ramona at 9:24 AM