We read books multiple times a day, every time I watch the grand boys. 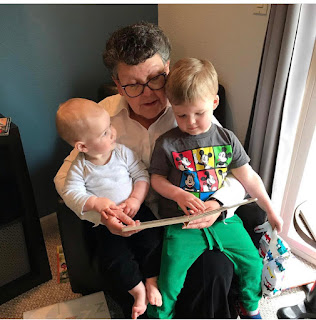 I celebrate these recent book connections from three and a half year old grandson Jack with joy and a bit of grandmotherly pride.
And this photo of fifteen month old Robby and his dad engrossed in the Sunday paper is priceless! 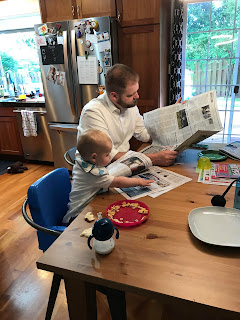 You can't help but be delighted when the next generation shares your love of books.
Posted by Ramona at 8:10 PM